When the young Axel Meyer went on his world tour in the 70s and 80s, he was looking for one thing above all: the meaning of life. It’s not the easiest of tasks. He moved from place to place with a small bag just containing the essentials – sometimes by bus, train, hitch-hiking or on foot. He had no master plan, but one thing he knew: he would settle down for a while everywhere that had a good smell to the air.

Following his nose, Axel made his way to the tropics, to Asia and Latin America, India, Nepal and Sri Lanka. Here, it was above all the countless fragrances and scents that impressed him, and would continue to captivate him. Fascinated by this world of fragrance, he set himself the task of finding out more about the cultivation, production and effects of these refined perfumes. In Auroville, south India, he hit the jackpot: An experienced craftsman showed the young globetrotter how to create highly scented incense blends from herbs and flowers.

Back in Germany, and fascinated by his new-found knowledge, Axel wrote down everything he had learnt about aromatherapy. Because although essential oils have already been used for naturopathy since antiquity, helping to promote health and wellbeing, the centuries-old tradition seemed to have sunk into oblivion – there were scarcely any books about the subject. What was to do? Axel wrote his own book – something that marked a turning point in his life. An initial run of 5,000 copies of “The Short Lexicon of Scents” came out in early 1991 as one of the first specialist books in German about aromatherapy. Axel had already founded his own publishing house at the start of the 80s. The name of the publishing house, which had previously largely brought out titles on vegan diets, was: TAOASIS – “living in harmony with nature.”

But he didn’t just stick to writing about essential oils. Because demand for the perfumes described in the book rose strongly and rapidly. And because Axel had always been a doer and a maker, he soon offered his first essential oils for sale. There were 33 available back then, from anise to cypress . He sold his first oils exclusively through pharmacies in Germany and Austria. And the most important thing: Even though the organic movement was still in its infancy, he placed great importance from the very start on organic quality. 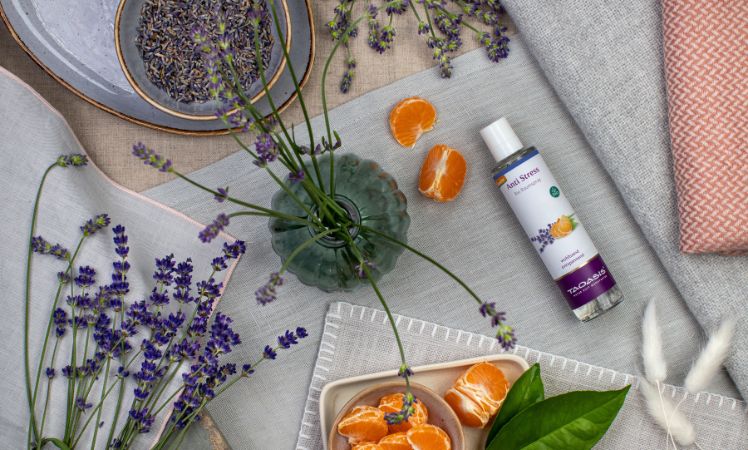 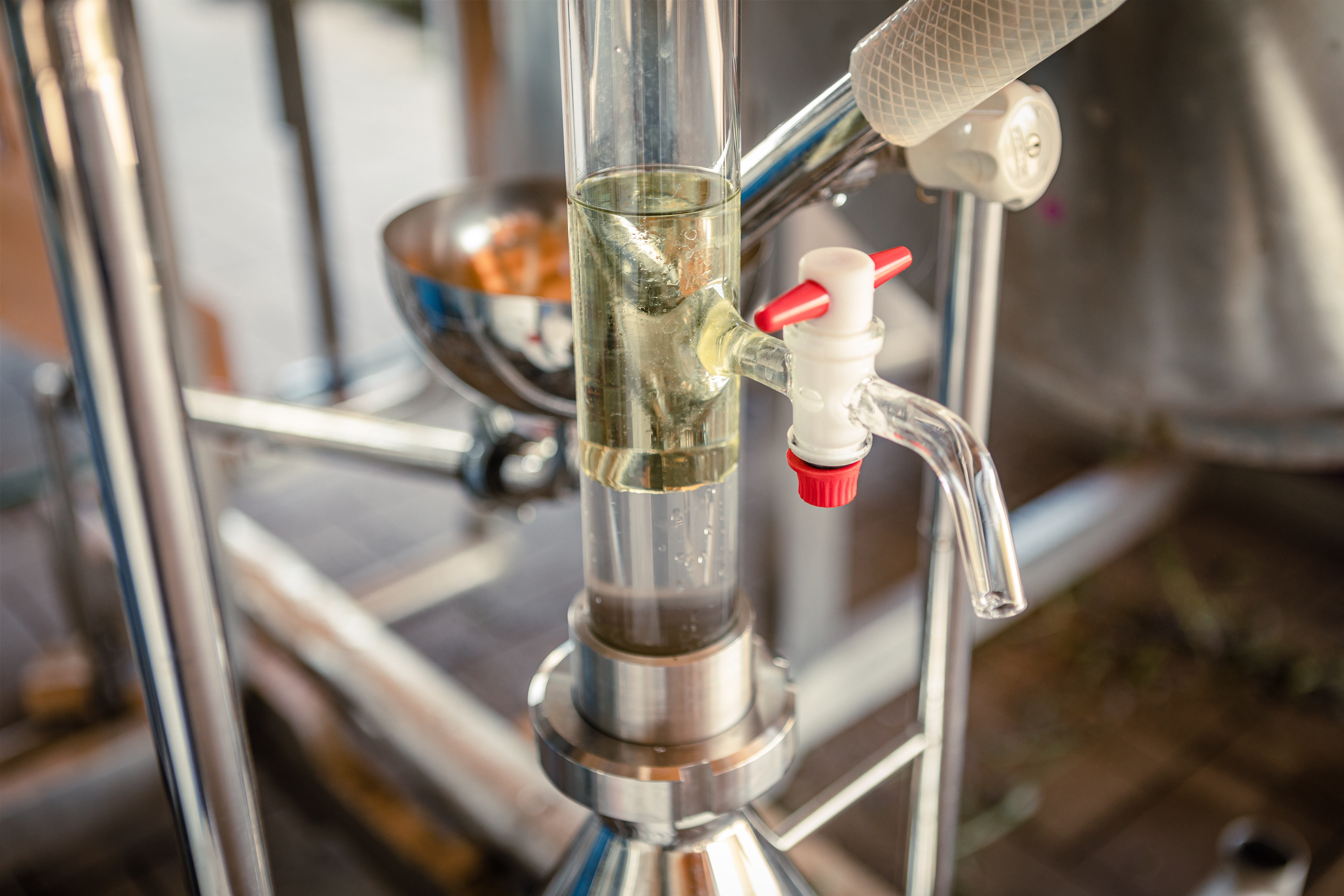 A lot has happened since then. The former hippie has turned into a successful entrepreneur; the one-man company is now an owner-run family firm with almost a thousand products. But the Natur Duft Manufaktur continues to benefit from his experiences as a young traveller even years later: and these define the core values of TAOASIS. In its agricultural activity, harmony between humanity, nature and the environment are in the foreground – not the monetary interests of individuals. TAOASIS orientates itself by the principle of the economy of the common good, regularly drawing up statements to give information on how the company is contributing to the welfare and social harmony of all stakeholders.

Axel is particularly proud of a change that has taken place in recent years: Since 2011, his son Govinda has been part of the executive staff. He experienced the birth and expansion of the Natur Duft Manufaktur up close and personal as a child, practically growing up between the oil bottles. He has been a lover of natural scents from the cradle. 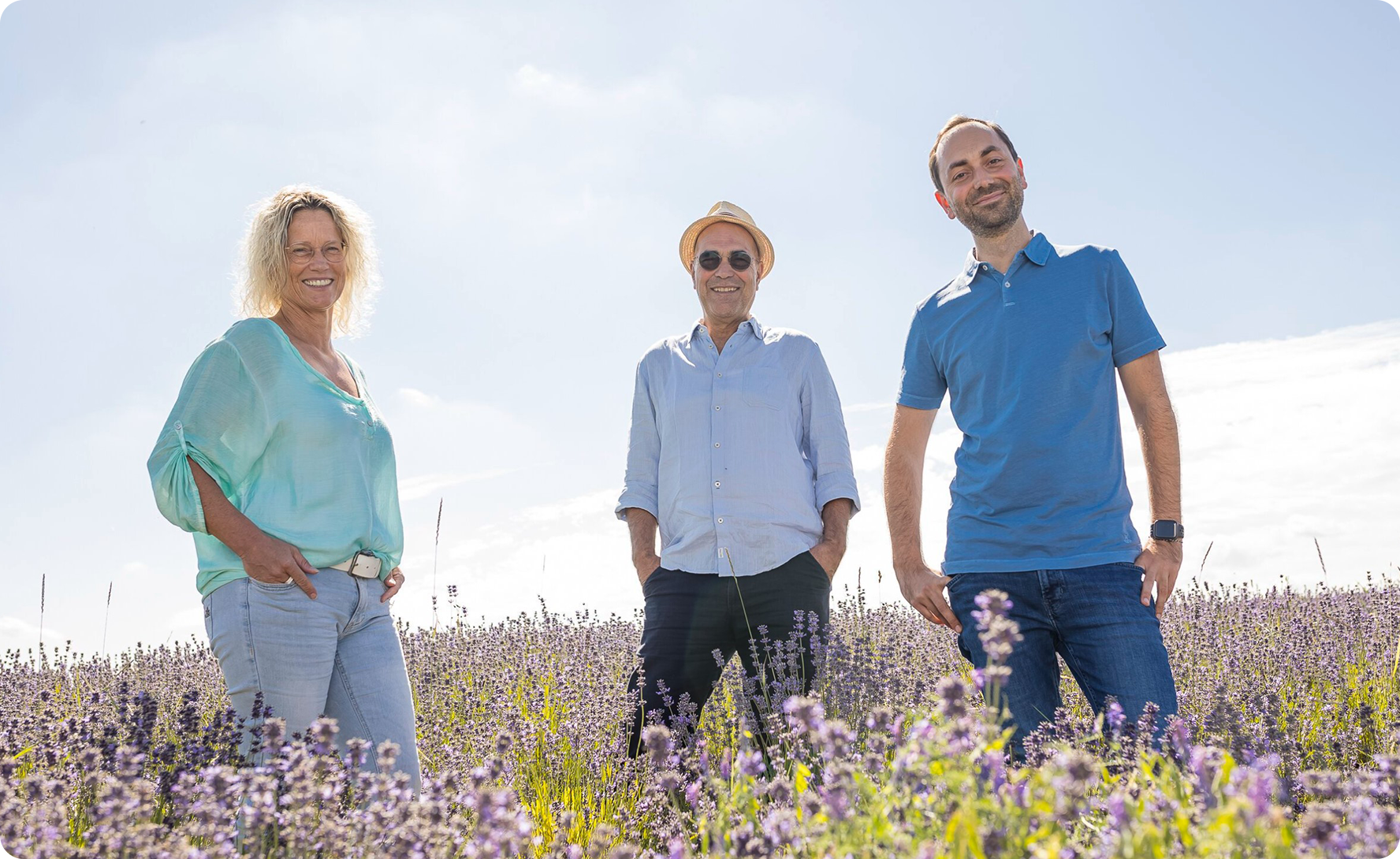 Functional cookies are absolutely necessary for the functionality of the web shop. These cookies assign a unique random ID to your browser so that your unhindered shopping experience can be guaranteed over several page views.

StoreLocator:
Allows Google Maps to be loaded on this page.
Cache handling:
The cookie is used to differentiate the cache for different scenarios and page users.
PayPal:
The cookie is used for payment processing via PayPal.
Information on origin:
The cookie stores the referrer and the first page visited by the user for further use.
Cookie settings:
The cookie is used to store the cookie settings of the site user over several browser sessions.
Doofinder:
The cookie is used to track user interaction with the site search. The data can be used to optimize the search function.
CAPTCHA integration:
Captcha Integration
Session:
The session cookie stores your shopping data over several page views and is therefore essential for your personal shopping experience.
Google Tag Manager debug mode:
Allows to run the Google Tag Manager in debug mode.
CSRF token:
The CSRF token cookie contributes to your security. It strengthens the security of forms against unwanted hacker attacks.
Activated cookies:
Saves which cookies have already been accepted by the user for the first time.
Timezone:
The cookie is used to provide the system with the user's current time zone.

Marketing cookies are used to display advertisements on the website in a targeted and individualized manner across multiple page views and browser sessions.

Google AdSense:
The cookie is used by Google AdSense to promote advertising efficiency on the website.
Facebook Pixel:
The cookie is used by Facebook to display personalized advertising offers based on user behavior to users of websites that integrate Facebook services.
Mailchimp Connected Site:
Ermöglicht eine breitere Datenerfassung für Mailchimp
Google conversion tracking:
The Google Conversion Tracking Cookie is used to track conversions on the website effectively. This information is used by the site operator to target Google AdWords campaigns.

Tracking cookies help the shop operator to collect and evaluate information about the behaviour of users on their website.

Google Analytics
Google Tagmanager
Wishlist:
Cookie zur Speicherung des Merkzettels
Shop Search:
Necessary for the appropriate function of our search solution.
Doofinder:
Randomly-generated MD5 hash, based on User Agent, host, time and random numbers. No fingerprinting used. It does not contain sensitive information nor identifies the user in any way.
This website uses cookies to ensure you get the best experience on our website. You can change your choice of the use of cookies at any time by saving. More information.
- Imprint